More Thoughts On Megatraveller And Such

Yeah, I've been quiet here for a bit. Still dealing with some personal issues, but at least I've had some time to think about gaming again. Time to post something, so that you all can remember that I'm here!

I really love talking with the guys over at the G+ Classic Traveller group. They've given me a lot of things to think about in regard to the game, and pointed out places where later Traveller has changed things. For instance, it's clear that in the original release of the game, known as "LBB77" because it was released in 1977 (as opposed to "LBB81" for the revised version in 1981 and "TTB" for the slight revision from that which was The Traveller Book), there was much more emphasis on the sandbox elements and less on any interstellar imperiums or whatever (though the latter was still understood to be present in the background). Examples that affect this included the randomly-placed "Jump routes" or "spacelanes" of LBB77 that became instead the Referee-placed "communications routes" of LBB81/TTB. Interestingly, the communications routes, despite requiring more thought and effort from the Referee, have less impact on the game because the Jump routes determine where a traveller can get regular passage or a crew can buy pre-made navigation tapes. This limits the locations that the player-characters can travel to until they can improve their situation (either by getting the Generate program to make their own navigation tapes or somehow convincing a non-player ship to transport them outside of the normal shipping lanes, probably for a higher fee). The communications routes don't have the same impact on the game at the table, though extra rules found in, for example, The Traveller Adventure and other sources can allow the communications routes to have some effect.

MegaTraveller also made an assumption early on that greatly affected the way that game plays relative to the original version. That assumption was that a character attempting to do something would have a fairly high skill rating, such that the supposed typical character would be gaining a +4 DM from skill and attribute bonuses. That doesn't track with the original game, in which any level of skill above zero meant that the character had professional-level training in that area. That could probably be remedied by dropping all task difficulties 4 points, so that a Routine task is 3+, a Difficult one 7+, and so on (it would then be appropriate to add a difficulty level of Staggering between Formidable and Impossible, as Marc Miller's Traveller did). That could also mean that an average attribute of 7 could be re-centered on 0 instead of +1. Lacking a skill entirely would still increase the difficulty one level. In such a case, a Simple task would succeed without a roll (or perhaps require a roll if the total of all DMs is -4 or more, trying to get a total of -1 or higher), but could be increased to Routine or higher difficulty as usual for lack of skill or whatever. This change would also allow the character creation system to be scaled back to the original game's parameters, so that no "Special Duty" roll would exist to give even more skills.

On that topic, one of the benefits of being a Scout in the original game was the high incidence of Jack of all Trades skill. While that skill is more clearly defined in MegaTraveller (and allows higher levels of the skill to have meaning), I think that it should be returned to its original place of value, perhaps by adding (in addition to the "free retries" ability) the ability to offset the penalty for lacking skill. Probably give a +1 to unskilled use (only) for every 2 full points of Jack of all Trades skill, to a maximum of +4 (requiring skill-8, so pretty unlikely anyway). Again, that bonus would be in addition to the normal MegaTraveller benefit of being allowed one free retry of a failed task per Jack of all Trades skill level (taking the normal amount of time).

Another area to consider is space combat. The system in MegaTraveller is, simply, horrible. It's a kludge of the Book 5: High Guard system (originally intended for large ship actions) mixed with elements designed to make it more useful for small ships, and it was not developed well enough for actual use. That is to say, it can be used, but seems ultimately unsatisfying for either small or large actions. In the end, I think that I'd like to draw it back and make it more like the Book 2: Starships system or Mayday, or perhaps the range band system in Starter Traveller (or project it ahead somewhat and make it more like Battle Rider, which has always seemed to me like the nearly-ideal set of Traveller starship combat rules). 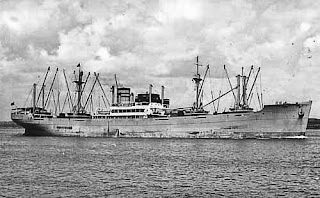 Which brings up some issues of design. MegaTraveller draws on the expanded weapon types available in High Guard. I'd like to drop at least some of those, such as meson weapons and associated technology. It might also be useful to include a weapon design system, such as that found in Traveller: The New Era (TNE) or Marc Miller's Traveller (T4). This is especially true for missiles, which could do with taking some ideas from Special Supplement 3: Missiles in Traveller. The design system in MegaTraveller moves away from the LBB/TTB in a significant way, though, by falling clearly on the other side of the so-called "small ship Traveller/big ship Traveller" line. When players are tooling around in 2700m³ ships, but the military have 270,000m³ light cruisers, there is an overwhelming power differential that deeply affects the feel of the game. This also doesn't match the historical eras which the game tries to emulate. The age of sail saw merchant ships that were no smaller than their military counterparts, while WW1/2 era tramp steamers were roughly the same size as military cruisers. For example, the OCEAN class steamer was about 10,000 tons displacement, while the Pennsylvania-class cruiser of the pre-war era was around 15,000 tons fully loaded and the Cincinnati-class cruiser was less than 3500 tons! To be fair, the latter were slated to be reclassified as Patrol Gunboats if they hadn't been decommissioned. I'm still not sure how to address that issue. Whatever happens, though, it will mean some significant changes to the design system. It also means that I will have to consider how to handle ship benefits from character creation, plus mortgages and other financial tools related to running the tramp merchant game. GURPS Traveller: Far Trader would certainly be of help there.

Now for the more morose thoughts in this regard. I've been considering ways to write all this up, including the setting I have worked out, and sell it, but the specific details of Traveller's current licensing scheme seem to preclude it. Weird restrictions in the Mongoose OGL (you can't include the method to roll up characteristics, for example, which would prevent me from presenting the "genetic dice" necessary for the dynastic game that I eventually want to write up) and behavior that seems from my perspective to be somewhat erratic on the part of the original designer (I've heard that people have been billed for asking him questions - which rumor I can't check because I couldn't afford any such potential billing to find out if it's true or not!) combine to make it a minefield I'd rather not navigate, at least not alone. Another option would be to present the setting I have in mind through another system, but all of the other systems that seem even remotely suitable to my preferences are based on D&D, with character classes and such. Stars Without Number, White Star, Starships & Spacemen (either edition), and so on all seem to rely on elements that don't suit my setting and the aesthetic preferences related to it. I've been thinking that it might be time to dust off my old idea of retooling Flashing Blades for science fiction adventure. That might even be historically appropriate, since Flashing Blades drew pretty heavily on En Garde, GDW's first RPG. One possible problem with this idea is that Flashing Blades's system is more suited to swashbuckling action/adventure than the more gritty tone that infuses most of Traveller's various incarnations. If that becomes too much of a problem for me, I could always build it using one of the open-rule versions of the d% system found in RuneQuest, I suppose.

But I really wish that I could just use a properly-developed MegaTraveller as my basis.