I love Villains & Vigilantes, because it is the one superhero game that is easiest to create a character, and is inspirational just by looking at the list of powers. The others require either too much effort (Champions, GURPS Supers, Supergame, Superworld), end up forcing particular powers on the characters (Superworld, Champions), are too closely tied to a particular background (Marvel Super Heroes), or are not to my taste in other ways (DC Heroes, just about any superhero game from the last 10 years except Godlike). It is possible to make a character in V&V almost as quickly as a character in original D&D, which is no small feat.

Anyway, I have a superhero (or, more accurately, metahuman) world in my head, where I've been coming up with metahumans off and on for years. In the world I envision, there are a couple of characters taken from my favorites in V&V's default background and from GURPS IST, but the majority are my own creations. Obviously, some are inspired by heroes and villains from the comics, but with the serial numbers filed off (though a few remain recognizable). In that world, things are not so simple as the V&V alignments of Good, Evil, and Neutral, but then neither is V&V as presented in the supplements. Instead, there are a number of "alignments" that can be chosen, which amount to factions. Some factions are allied, some are opposed, and some are indifferent to each other, which determine the equivalent to the basic Good/Evil sides. The major factions include: US Government, The Public (which is a catch-all for everyday people, and can't be chosen by heroes, villains, or mutants), Mutants, Mutant Supremacists, the State Governments, other national Governments, and so on.

Mutants (that is, any metahuman character or character with psionic powers) are treated by the "One in a Million" rule. That is, metahumans with significant powers exist in the world with a frequency of about one per million population. There are about 313 in the US in 2012, for example. There are other heroes, who have powers from devices, or magical powers, or extreme training. The FBI Guide that will be given in this series, though, covers only the one in a million and perhaps other mutants.

Things are not so simple in the world, of course, as just humans and metahuman powers. There are mutants who do not have significant powers - these are the completely disenfranchised. They are mutants and undergo the same prejudice and treatment, but have no compensating abilities or talents. They might look bizarre, but some are fortunate to look human. They simply carry mutated genes. Their children might have abilities, or look inhuman, or perhaps they will just be another generation of carriers. There are also a couple of mutant races, where particular mutant powers bred true. There will probably be a few entries in the FBI Guide dealing with those.

To kick it off, here's an entry for you: 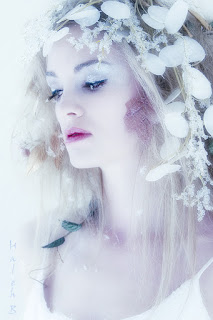 Origin & Background: In High School, Lily was thought of as the most attractive girl, and she developed a cold disposition to fend off her suitors. When her mutant powers manifested, they enhanced her icy disposition, even as they drew in everyone who saw her.


(As an aside, the following mutant characters from V&V's default background are part of this one: Skyhawk, Nomad, The Shrew, Evergreen, Dreamweaver, and Marionette. I may include others, such as Kali, who is not a metahuman.)