Kickstarter - Back To Basics? 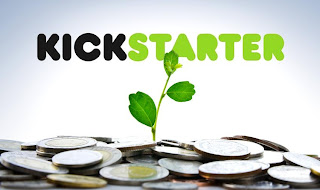 There's been a lot of discussion about Kickstarter going on in various places around the internet gaming community. Most of it centers around the seeming failures of various projects to appear "on time" (that is, exactly along the original estimated schedule). Most of the discussion is stupid, with people fundamentally misunderstanding the nature of production schedules and creative endeavors. At times, it gets pretty heated (see the persona "Running With Scissors" in the thread on the matter in the Autarch boards, for instance, who ended up being closely moderated because of his inability to maintain any sort of decorum in his arguments).

Anyway, this discussion hasn't been isolated to the gaming world. There has been discussion about how Amanda Palmer has disbursed the funding she received for her latest album and tour, for instance, and there are other such discussions. Kickstarter has apparently been paying attention, because they have just announced some policy changes that should revert the system to its original intent - that is, rather than being a glorified pre-order system, it should be a method of funding ideas. That will likely change the entire dynamic of the way Kickstarter has been used for gaming projects. Rather than focusing on the big-ticket projects and simply purchasing an object, it will instead focus on the smaller projects that couldn't happen without funding (such as a book being able to pay for art rather than being unadorned).

So, what are your thoughts about Kickstarter? Is it a good thing? Is this a good direction for it to take?