Over at Dyvers's blog, he's asking for lists of our Top 10 favorite gaming items of all time. To simplify things, I limited this to RPG items for my list. Anyway, here goes… 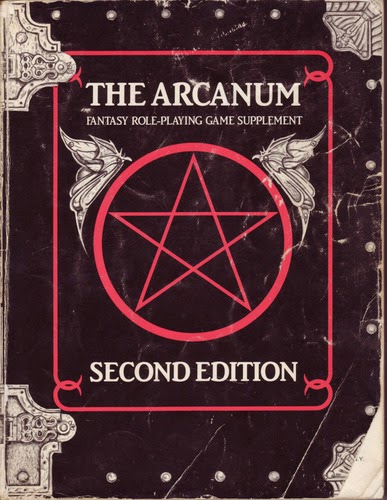 This is probably the best Old School set of published variant rules for D&D. It is well thought-out, addresses many of the problems perceived in D&D at the time, and keeps the things that make the game simple and quick, such as character classes and advancement through collecting treasure and defeating foes. It does include options for the more problematic things that would later get incorporated, such as experience bonuses for "role-playing" (without bothering to define that), but not many. Finally, it includes a simple skill system, armor that reduces damage, spells that aren't forgotten (but are limited in number of castings per magic user per day), and other simple, obvious fixes that would eventually become nearly standard in gaming. Ahead of its time, while still retaining the best of the origins, this remains one of the best rules systems in general.

9) This entry has been removed. I cannot continue to support the game that was listed. 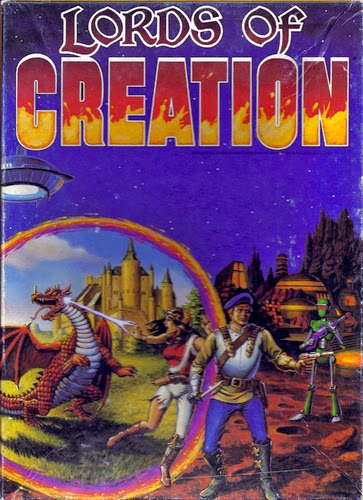 Tom Moldvay was given free rein when Avalon Hill was making a desperate attempt to remain relevant in a market increasingly moving toward roleplaying games, and he came up with this. In what may be the most gonzo setting ever, the whole of reality and alternate realities is opened up to play. The player-characters are given maximum freedom for advancement, hoping to eventually be able to achieve the status of Lord of Creation and create their own settings, alternate worlds, and so on. Along the way, they might learn magical powers, acquire cybernetic enhancements, fight dragons or robot soldiers, even travel into the poetry of William Blake. Seriously, one of the alternate world settings is derived from the poetry of William Blake. There is nothing cooler than that in gaming. Since the very next session could take players into the Nine Worlds of Norse mythology, an alternate world where Boudicca was not defeated by the Romans, or a crystal forest hiding crustaceous humanoids guarding a staff of power, the game was wide open for anything, and was able to handle it with cleverly designed (though, to be fair, occasionally difficult to understand) rules systems that still felt a lot like D&D. 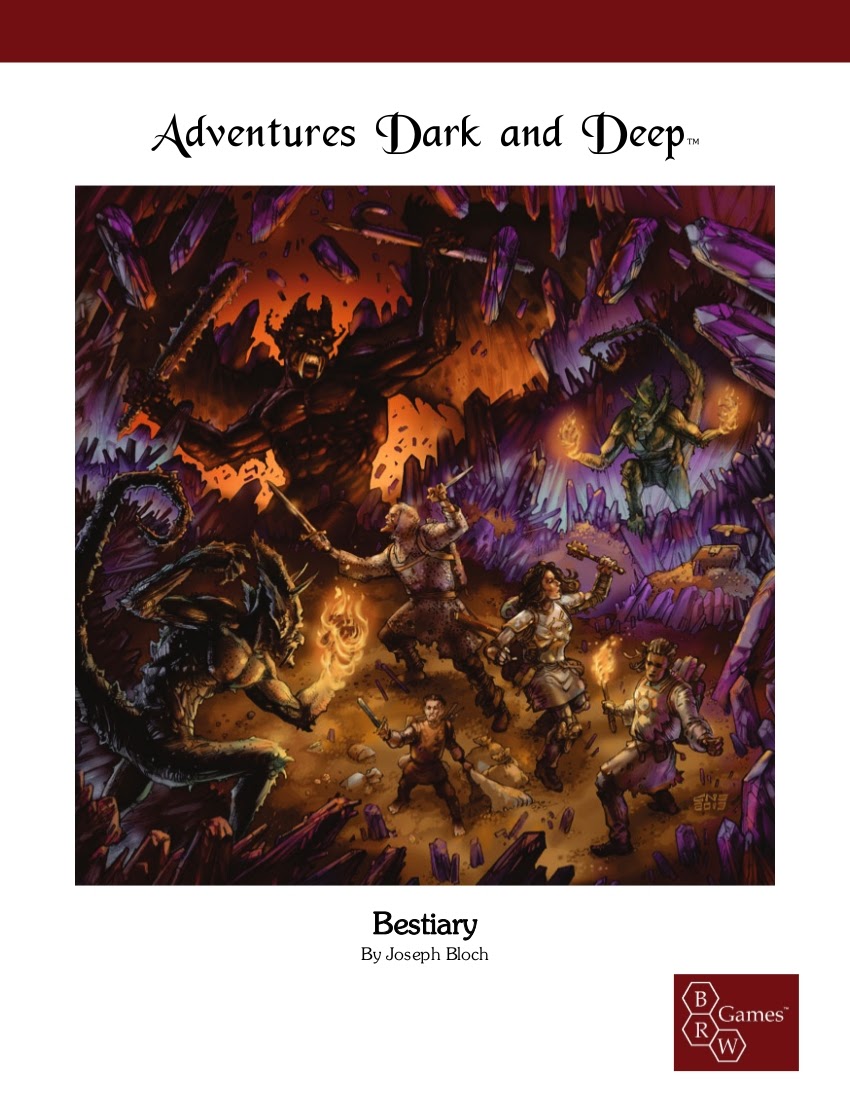 There have been a lot of monster books over the years. None of them has been as good as this one, which includes every creature from the AD&D monster books (less, of course, the ones that WotC has reserved for itself as "product identity" - though those have been replaced by versions created to be effectively the same but with different names and physical descriptions, as many people have been doing). Mr. Bloch did not stop there, though, creating a whole batch of creatures of his own design to add in. Among them are the Faeries and their Sidhe Courts, which are some of the best things to come out of the OSR movement (which is not to take anything away from the many, many wonderful things which that movement has produced). I love this monster book more than most, and of course it is easily used with any compatible game. 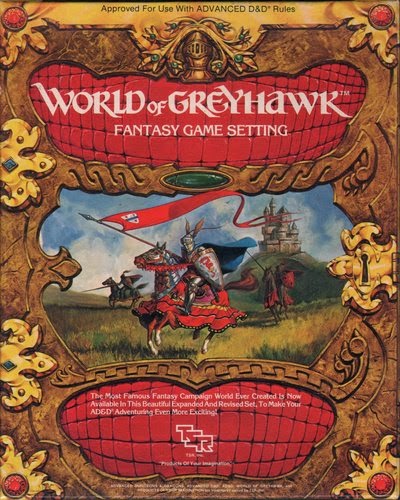 What can I say about this that hasn't already been said? It is exactly what (A)D&D needed in a setting, with an interesting balance between the idea that would later become known as "Points of Light" and the clash of Kingdoms that drives medieval wargaming. As people have looked at this over the years, the cleverness built in has only become more apparent, adding pathos to the unfortunate direction taken by subsequent products in the line. Including everything from amazingly euphonious, yet still absurd and camp, names to interesting factions and organizations, there is more implied adventure in any one area of the setting map than some settings have in their entire worlds. Topped off by that amazing Darlene map and some really helpful random encounter tables, there is little else that a DM would need to run a wide-ranging campaign for years. 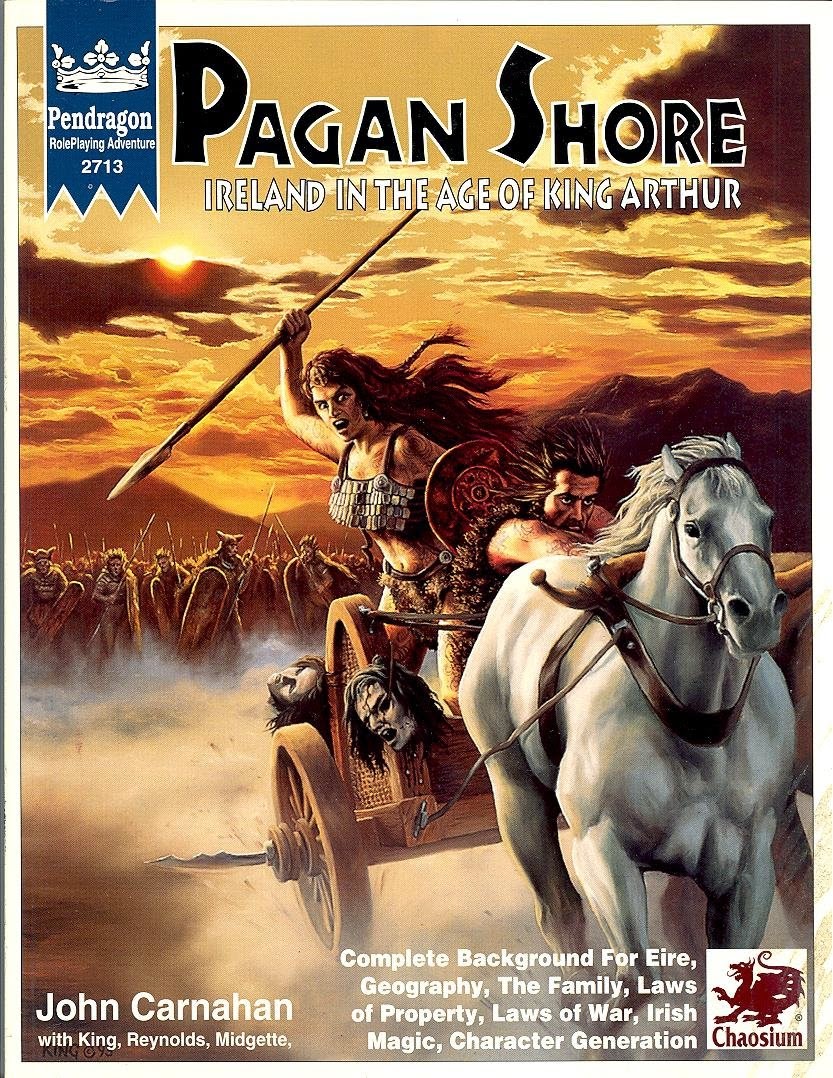 I love Pendragon. It is among the best roleplaying games, and one that I wish I were able to play more often. I'm personally most fond of the Fourth Edition rules, but I'm not a fanatic about any of the editions. Whatever, though, the one book in that game line that rises above anything else is this one. Giving a description of a society that is as alien to most modern-day gamers as the Aztecs, but doing so by building the cultural differences into the rules, players will soon find themselves approaching the mindset of the Iron Age Irish. There are a few quibbles to be had, but almost all of those have been addressed by people online, such as a discussion of how to incorporate the actual legal systems of Iron Age Ireland into the game in a way that is neither intrusive nor overwhelming of the adventure parts. It really does work, too. It doesn't hurt that I have a deep and abiding love of the Irish culture and very often want to play a character from whatever the closest analog is in the game world. 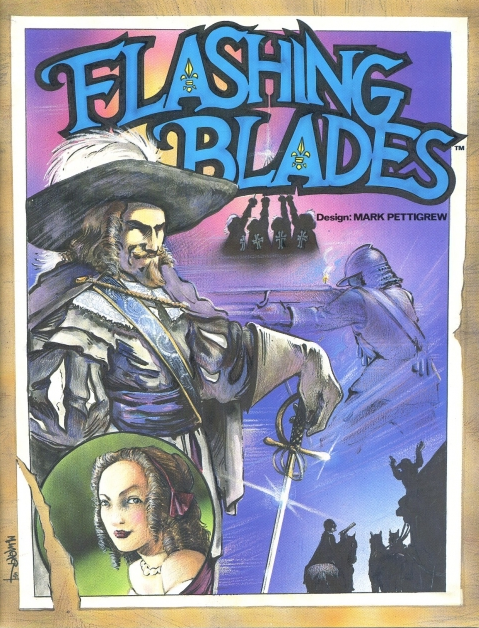 Despite being one of the most popular settings for adventure fiction throughout the years, the 17th century has seen remarkably little treatment in roleplaying games. One of the earlier (but not the earliest, by any means) games to address that period was Flashing Blades. Marrying a relatively simple game system to a detailed and deep social climbing system, the game calls forth the ambitious swashbucklers and supports that style of play with rules that encourage such behavior without privileging "story" over game play. I'm fairly certain that the only reason this didn't do better than it did is that it didn't have a magic system. Of course, there is little way to include such a thing into a game of this subject, so that is not surprising at all. That said, it might have done it well if the next product on my list had come out a little earlier. 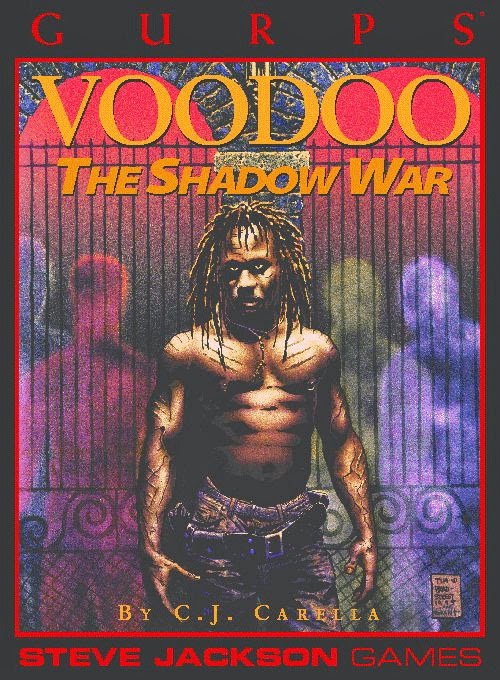 This was a game I didn't know I needed until after I got it. At the time, I was simply addicted to GURPS, so I was picking up just about everything that came out. When I got a look at the magic system, though… Look, up until I saw this, I was of the opinion that the RuneQuest magic system was the best one around - and don't get me wrong, it is excellent in many ways that have still not been matched by most games - and the one in Fantasy Wargaming was a glance at what might have been possible had it undergone more development. This one, though, hit every button of what I wanted in a magic system. Mages are not walking artillery pieces, they are subtle (except for the ones who aren't). Magic isn't just wave-wave-BOOM, but a process of conjuring spirits in smoky temples that are kept in the back rooms of Curandera shops and sending them out to do one's bidding. Yet, it still makes this all a part of an adventure game. Some magicians are Spirit Warriors, letting themselves be ridden by powerful Lwa who can do so much more than mere human beings can. The setting was, at the time, very nearly the only one on the market which dealt with race in the Americas in a relatively mature fashion, and was a surprise in that most, or even all, of the players' characters would be black. 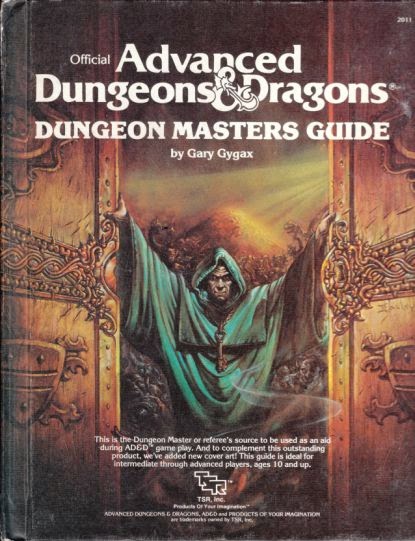 Obviously this was going on my list somewhere. It has been, and rightly, lionized over and again, so I don't really feel the need to add to that general acclaim. Suffice it to say that there are few books out there which include as much useful advice, and none which include the density of advice and actually useful charts per page. Admittedly, one must get used to the writing style, which has been described as "High Gygaxian", but for myself I grew up on it and miss that idiosyncratic voice in gaming. Even if D&D isn't your game, you will almost surely find something of value in here, even if it's just to learn that there is a difference between jasper and onyx or discovering a passel of different terms for "prostitute". This is one of the most recommended books in gaming history, and it is for good reason.

and coming to the pinnacle, what could be better than the DMG? 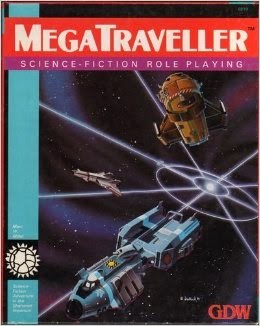 OK, I know that it is rife with typographical errors, mistakes, and other problems that gave this game the nickname "MegaErrata". Still, the first game I chose myself was Traveller, seeing that little black box in the bookstore that served as my first dealer of gaming products, and finding out that it had a book all about starships. Now, all these years later, having played or learned seven (or more, depending on how one counts it) different editions, I have come to the conclusion that this is the edition that did everything closest to right. It retains the flavor of the original game, while still fixing the problems inherent in the original design. It is compatible enough to use the supplementary material for the classic game, but can also make use of a great deal of the material written for T4 or T5 with only minimal conversion, and material for TNE with a little (a lot, actually) more work. Outside of the errata problem, the only disappointment about this game is that it was cut short before being finished, due largely to whatever happened with Digest Group - for example, only two of the alien races (plus two extra human cultures beyond the default one) of the default setting were ever converted to its specifications. The only edition which came as close as this one to perfection has been the Mongoose edition, but I have my own problems with that one.