Trying To Break The Habit Of Silence, Or, How To (Re-)Learn A Game System 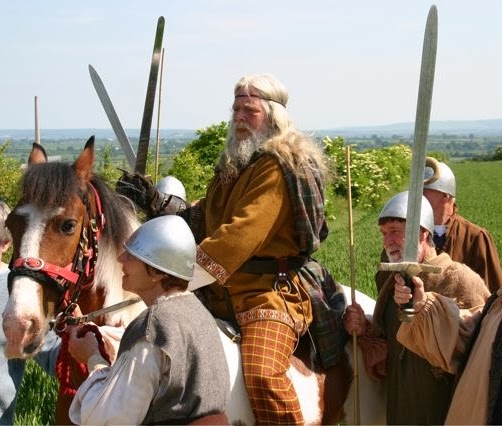 Yes, I've gotten into the habit of not posting. That's not a good thing, so I am going to try to force myself back into the habit of posting. The biggest obstacle is that I still don't have a game to play in, nowhere to run one here, and an aversion to online gaming (at least with my current equipment). So, what to do?

I've dug up my previous plan to run a solo game for myself, and added the idea of posting play reports here. To do this, I had to decide what sort of game and setting to work with. Since I've been re-enjoying Game of Thrones and the Song of Ice and Fire series, Tanith Lee's Flat Earth books, Dune, and the Godfather movies, I thought that I'd want to play a game of dynasties. The thing is, though, that to do that, I have to do some of the worldbuilding in advance, as the interplay of dynastic politics requires knowing at least some of the people who will be involved in it. That is alright by me, since I have come to realize that I am addicted to worldbuilding.

Anyway, I got to thinking about what sort of setting I'd want to use. I decided against the Sixguns & Sorcery setting and also against the settings I've worked out so far (Terra Ultima, Hearth, the Paynim Empire, and the like) in favor of an entirely new one that is better suited to the style I am looking for. That style is one that I've been characterizing to myself as "Gritty but not Grim" - that is, I want to emphasize the physical unpleasantness of the setting, but I do want a fairly optimistic outlook about human behavior. I want combat to be a dangerous, messy affair that is a risk to engage in, but I don't want a world peopled entirely by rapists and thieves (not that there won't be any, I just want to explore the idea that people in the setting are basically decent, if not always perfectly so). In that way, if I have something horrible happen, it contrasts more fully with the normal attitudes of the people in the setting. Think of it as perhaps a little more like Dune than A Game of Thrones.

To that end, I decided that the setting should be one similar to the Dark Ages in England. Technology will be at an early Medieval or late Iron Age level. Kingdoms will be small and fragmented, and the Kings will mainly exert their power close to their home castles. The society will be somewhere between Anglo-Saxon and Irish or Welsh, probably tending slightly toward the Irish simply because I know them best.

I've been thinking about the fundamental setting assumptions, starting with the rules to use. Since it will allow me to do a lot of things that I want to do, and also can be teased into allowing the dice to make many decisions, I'm going to use GURPS, with a lot of the gritty switches turned on. I'll be using Mythic Game Master Emulator for those times when I need something besides my own choices (and to add some variety so that it's not entirely predictable to me). I want there to be magic, but I want it to be soft and subtle, so I'll be using the "Path/Book Magic" (I hate that name, but the rules are excellent) system that GURPS has. That will require a small amount of design to make it really useful, but much of that can even be done in play. I'll also be adding some of the concepts from GURPS Voodoo (which was the origin of that magic system anyway) such as Minor, Moderate, and Major Manifestations of the "deity" type spirits, the Spirit Warrior concept, and so on.

Some of the specific gritty rules switches I want to turn on include "The Last Gasp" alternate fatigue rules (one change is to alleviate the Long-Term Fatigue recovery a little - it's just too punishing as written! - and make Mild Fatigue recover at 120/starting FP minutes, Severe Fatigue at 20/starting FP hours, and Deep Fatigue at 80/starting FP hours), the "realistic" damage for bows in "The Deadly Spring", the alternate grappling rules in Technical Grappling, and perhaps a few other things. Most of the "Harsh Reality for…" rules will probably also be turned on, too.

For a lot of the interpersonal interactions, I plan to use Social Engineering, as that, particularly, will let me turn much of the character decisions over to the dice. I'll still be picking general strategies, but this allows me to simply and quickly judge whether one character can convince another or whatever.

Since it will be a dynastic game, children will be important. That means that, to a certain extent, I need to invent a random character creation system. I've been playing with some ideas for that. I've also come up with a system for randomly figuring out who gets pregnant and what happens during the pregnancy, based on material in the Low Tech Companions and an old Pyramid article titled "Blessed Events". Neither of those were very good on their own, but with a little research on the Kinsey site and such, I made them work out much better.

Anyway, I am not very good with GURPS anymore, so this will let me get back into the swing of it without thoroughly boring a group of players while I look something up and re-read a rule or whatever. I can just work out what happens, write it up as a play report, and post it here. Once I get going, of course, as I need to at least work up the important members of the dynasty first. After a while, hopefully I'll be in working order to run it, too, as one of my friends has expressed interest in playing a GURPS game (he's the guy who got me into the system twenty-five years ago or so).