I've been saving up some links that should be of interest. 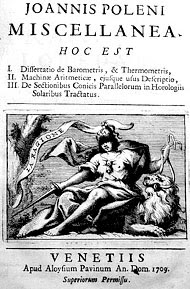 Lake Nyos in Cameroon was the site of a terrible natural disaster. Imagine PCs walking down the road, and coming across a village full of dead people and animals. Dozens of dead cows and people lie around, with no sign of violence on the bodies. As they travel further, the magnitude of the disaster becomes apparent, as they find village after village also empty of the living. There are no clues as to what happened in the small valley surrounding a lake.

Some underground tunnels of the ancient world, plus stuff about oracles.

Over at Hill Cantons, ckutalik asks if sandbox campaigns follow a general pattern. Seems like an interesting and fruitful area of inquiry for "old school" games.

Talysman at The Nine and Thirty Kingdoms discusses what life level drains in D&D-like games represent in the fictional world.

Checking in on the WotC DNDNext playtest, I learn that I have lost pretty much all interest in it. "At Will" spells are bad enough, but now they will scale with level. Rogues are being turned back into weak fighters instead of skilled specialists. And there is the ongoing problem of too many hit points at low levels. It just doesn't seem like the sort of game that interests me.

Zompist offers a review of a book about medieval economics, including a pretty good discussion of the basics.

A few months ago, Fantasy Faction offered up a discussion of magic systems for fiction. Some of those notes may prove of value to gamers, as well.