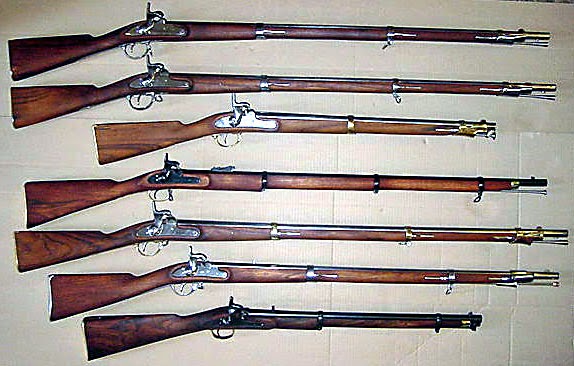 Since the Middle Sea/Terra Ultima game includes firearms, and since I'll be using the AD&D 1E rules nearly RAW (I'll write up some of my modifications soon), I figured I should come up with some statistics for handguns. These started off with the Ed Greenwood article "A Second Volley: Taking another shot at firearms, AD&D style" in Dragon Magazine #70, but Mr. Greenwood neglected to include the AC adjustments for the weapons, and had no solid rule for firearm malfunctions. So, I reworked the weapons a bit and came up with this:

Cost of Powder and Ball:

Powder and ball come in pre-packaged paper cartridges, which are broken apart to make use of the pre-measured powder, the paper used as wadding. The cartridges are water-resistant, though full immersion will ruin them. For simplicity, each paper cartridge weighs 1 gold piece equivalent (1/10 lb).

It is possible to buy unpackaged powder and cast your own balls. This reduces the cost by 80% (to 2 or 4sp per shot), but explosion checks happen on a natural 1 or 2 on the “to hit” roll (see below).

On a “to hit” roll of 1 on the dice, before modification, the firing character must roll a save vs. Breath Weapon, modified by Non-proficiency penalty if applicable, or take 2d6 damage from an exploding pistol, 3d6 from an exploding musket or blunderbuss, which also ruins the weapon. In addition, anyone within 1” of the firing character must roll a similar save or take 1d6 damage. If the save is made, the weapon merely misses the target.

Any class other than Monks, Psionicists, Witches, Magic-Users, or Illusionists may take proficiency in firearms. The proficiency categories are: Musket (including Blunderbuss) and Pistol. Fighters (including Paladins and Rangers), Outdoorsmen (new class for Middle Sea/Terra Ultima), Thieves, and Spies (Assassins) may, if they have proficiency in some type of firearm, take the additional proficiency Gunner, which gives a +5 on saves against exploding firearms.

I may work up statistics for a flintlock revolver at some point, but mainly it would be like a flintlock pistol with a higher Fire Rate until it ran out of chambers, plus a penalty to the weapon explosion save and potentially worse damage if it does explode. I've already converted some of the artillery pieces from Mr. Greenwood's first article on gunpowder in AD&D (in Dragon #60), but I need to format them for the blog.