I'm not really kidding myself, I know that it's going to be on the Middle Sea maps because I've been doing a lot of work on getting those maps ready.

I've made a few edits to both the Firearms and Artillery articles, adjusting things and clarifying a few points. If you haven't looked at them recently, and if you found them interesting, you might want to go back and check them out. 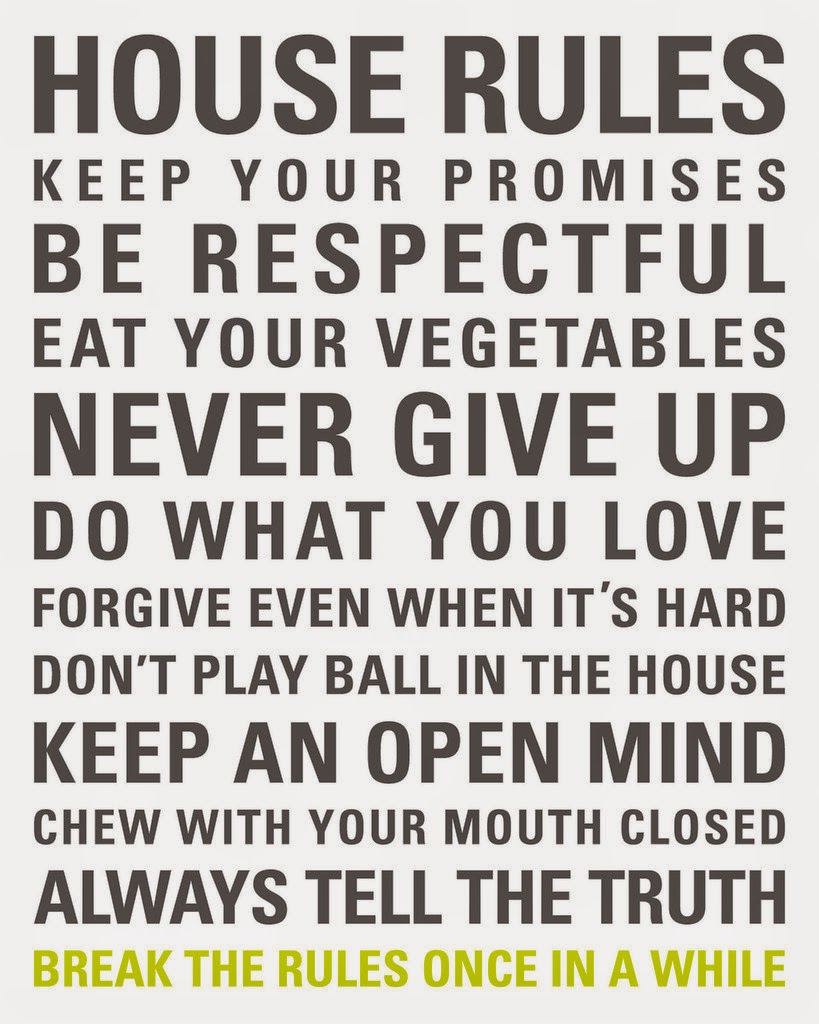 Everyone who approaches a game, especially a D&D-type game, usually has a few changes that they want to make in order to make the game rules fit them better. I am no exception. Here are a few things that I want to change in the rules as written to make the game better to me:


Broken bones may be cured immediately by a Cure Serious (or Critical) Wounds spell, but a spell so used will not return any hit points. A separate spell is needed for each broken bone (including the possibility of several breaks in each location).

That limb severing table is also useful with a Sword of Sharpness. I may have to make other tables for radically different body forms (a Grell or Beholder, for instance), but I'll worry about that when I get there. Note also that the DM may rule on variations of the above, so that fire doesn’t cause broken limbs and arrows don’t sever arms. Eventually, I may have a broader chart divided by weapon damage type.

Note that most NPCs are simply rendered out of the fight at zero hit points. This and the ability of fighters, Paladins, and Rangers to gain extra attacks against <1HD creatures constitute my “mook” rules.

5) Armor Damage – when a character rolls a natural 20 to hit in combat, there is a chance that the opponent's armor is damaged. If the target has he benefit of a shield against that foe, the shield takes the blow automatically, otherwise armor or helmet takes the blow. If the save (vs. crushing blow for melee and hurled weapons, or vs. normal blow for missile weapons and firearms) is failed, the armor hit receives a reduction in AC value of 1 point, and if this reduces the AC value to nothing the armor in question is destroyed. For instance, if a shield takes a hit and fails the save, it is destroyed (or reduced by 1 magical "plus"), leather armor (AC8) becomes leather armor -1 (AC9) on one such damaging hit, and is destroyed by a second damaging hit. A helmet hit is destroyed by one failed save. Magical armor adds its bonus to any saving throws. Armor that has not been tended at least four times in a year gains a -1 on any saves for each such year of neglect. In tropical areas, metal or cloth armors must be tended every week instead of every year, and gain -1 on saves for each month of such neglect.

6) Critical Hits – if a character hits with a roll of a natural 20 and the target is not wearing armor, then the blow does maximum damage for the weapon type. There are no other effects (but see “Grievous Injury, Death, and Dismemberment” above).

7) Religion – everything that I wrote about religion for Terra Ultima still applies in the Middle Sea world, though I have added the following for Paladins (and these Paladin notes would also apply to Terra Ultima):

Paladins of the Middle Sea world are fighting monks of a small religion which worships the Light, called the Radiant Church. Their religion sees the world as a field of conflict between the Light and Darkness. They envision Darkness as being merely the absence of Light, and so incapable of any creative impulse in itself, but its oppressiveness tends to tear down the works of the Light. The holiest animals of the Light are the unicorns, which are its messengers. In addition to the Light, they honor Saints, who are those who have performed miraculous actions after their death. Saints are not sanctified quickly, but are closely investigated and vetted so as not to admit any unholy influences into the liturgy of the Church of the Light. Besides Paladins, the religion boasts clerics. Like all of the religions of the Middle Sea world, not everyone who holds a position in the Church needs to have a class and level, so don't just assume that you can find a priest and get a healing spell or even a magical blessing (though certainly some priests can do so).

(Note that this is effectively the default “Law vs. Chaos” cosmology of original D&D, as the Light implies but does not require “good” action. The Radiant Church sees the world as a system of Points of Light in a vast, chaotic, formless Darkness.)

8) Cleric Spells – clerics (and any other users of the clerical spell list, such as Paladins) are not required to specify their spells in advance, and they automatically know all spells of any level that they are able to cast. They still must prepare the spell slots as normal, and their spells may require material components as normal, however. Druids (and any other spell-users) must specify their spells during preparation just as magic-users and illusionists do, although Druids (and other users of the druidical spell list, such as Rangers) do automatically know all of the spells in their available Druid spell lists. I have added a few spells to the Druid list.

9) Cantrips – magic-users and Illusionists may learn cantrips as per Unearthed Arcana.

10) Spell Books – magic-users and Illusionists (along with other classes that use arcane or illusion magic) must maintain spell books according to the rules in Unearthed Arcana.

11) Orisons – “Orisons” (except for “Candle”, “Find a Stray”, and “Ripen”, which are magical effects) are available to non-classed priests (see Dragon magazine #108, pp. 28-29), giving them some small ability with healing and blessing magics. Similarly, druidic orisons are available to non-classed polytheist priests (replacing "Ripen" with "Ceremony: Oath"). This is justified because the orisons in the Middle Sea world are not magical, but instead make use of socio-religious and psychological tricks. Non-classed priests may perform one orison per day. If they wish, a cleric or Druid (or other class with clerical or druidic magic) may use two orisons in place of one first-level spell slot, and additionally clerics, Paladins, Druids, monks, and illusionists (only) get one free orison per day, which they do not have to prepare.

12) Liquid Courage – a character may take a stiff drink before going into battle. A full drink allows the character to gain, temporarily, 1d4 hit points and a +1 (or +5%) bonus to morale and to all saves vs. fear effects at the expense of taking a -1 to all “to hit” rolls. This lasts for four hours, at which time the penalty “to hit” is removed and any hit points in excess of the character’s normal maximum are removed. “Liquid Courage” cannot be used again until the current effects wear off. This replaces the “Effects of Alcohol and Drugs” table and rules on p. 82-83 of the DMG, though some of those rules may be used in extreme cases.

I'm still working out the details of the alignment system I am going to use, but it almost certainly will be based on the article “For King and Country” in Dragon magazine #101. That is to say, it will be based on the character's religion (and how well they live up to their religion's virtues) and attitude toward the ruler of their land. I'll probably add a “piety” rating, perhaps based on the method in Lee Gold's RPG, Lands of Adventure.

Minor changes – the “Chromatic Orb” spell (illusionist level 1, Unearthed Arcana) is significantly altered. Basically, I want to get rid of the non-illusionary effects like fire and magnetism, as well as the “save or die” effect in a first-level spell slot. Basically, the only special powers that will remain will be light, blindness, stinking cloud, and paralysis, and the whole thing will be reorganized (for instance, the light effect won't happen until second level, so that the spell is not inherently better than the basic Light spell). The spell “Restoration” (cleric level 7) is now a cleric level 5 spell, though the reversed form, “Energy Drain”, remains a level 7 spell (it is harder to safely manipulate Negative Energy than Positive).

I'll be using a number of resources from Dragon magazine that affect logistics, such as the material spell components article in Dragon #81, the effects of nature article in Dragon #108, the value of natural objects in Dragon #137, the weather system in that same issue, and so on. In addition, I'll work with players when they want to do something unusual, such as run a shop or inn (there's an article in Dragon that helps out with those, by the way).

I'll be using parts of the Random Events system in Oriental Adventures, in addition to regular random encounters.

Coins will be significantly lighter, 100 to the pound instead of 10. Despite this, many weights of objects will still be in “gold piece equivalents” of 1/10 pound each. Each gemstone will be treated as weighing the same as one coin, 100 to the pound.

That's all for now. I may change other things after the game gets going (for example, I am looking at the possibility of using the Attack Priority initiative system from Dragon magazine #71, but want to try the combat system as written first, with the aid of a flowchart; certainly, it would be difficult to incorporate psionics into the AP system, though perhaps five segments of psionic combat at the beginning of a round, then five more at the end might work).