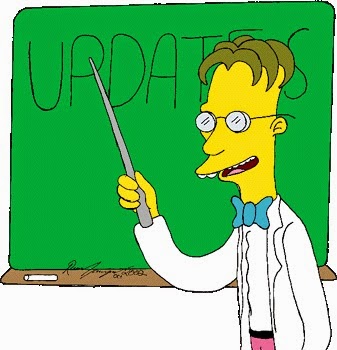 First, the sad news. I have decided to abandon my attempt to make a GURPS random-character generator, as it is simply too much work. Instead, I will go back to the Sixguns & Sorcery setting for the basis of my solo game. I still have work to do for that, but at least it is pretty clearly defined and doesn't involve massive feature creep.

For the Sixguns & Sorcery project, I need to develop the religion a bit more, enough to be able to stat out some of the spirit/gods and their possession effects, similar to the Loas in GURPS Voodoo. I'll talk about the religion another time. I've already converted the NPC templates from The Knuckleduster Cowtown Creator, which is a great wild west resource, but which was only statted out for Deadlands and D20 systems (and a nod toward FUDGE). Happily, there are available conversions for Deadlands to GURPS Deadlands in Dime Novel 1: Aces and Eights. Those are to 3E, of course, but converting from there to 4E is a snap. I did discover that the templates are pretty high-point valued if taken straight, so I tinkered with them to bring them down to power levels I think are appropriate to the basically gritty, yet still somewhat cinematic, nature of the genre as I envision it in the setting. It was disconcerting, to say the least, to see an NPC type called "Loafer" come in at over a hundred GURPS points, but I've chopped it back to 56. Still a fair amount, but it fits the character description. Many of the other NPCs similarly had to be cut back considerably from their raw converted state. I'll probably post them somewhere for others to make use of them. GURPS really needs more "generic" NPC statblocks for Referees to use, especially ones who are just getting their heads around the system. I hear experienced GURPS Referees say that they just set some numbers that look right, but it's getting to the point where the numbers that "look right" are also actually right that Referees need assistance with.

What else? I have returned to my AD&D 1E (mostly) sword & sorcery setting, Terra Ultima. I've made some decisions about it, definitely deciding, at last, to restrict players to human characters. I have, however, opened out the character classes somewhat, so that there are fifteen available options: Bard, Cleric, Druid, Fighter, Illusionist, Magic-User, Monk, Mountebank, Outdoorsman, Paladin, Psionicist, Ranger, Spy, Thief, and Witch. The Bard and Mountebank are pretty much the versions from Adventures Dark & Deep, though I keep looking at the Bard material in Dragon 56 (the stat requirements of that version, though, make the Bard less common than the Monk). The Outdoorsman is a slightly modified version of the "Bandit" class from Dragon 63 (main change: HD are d8 rather than d8+1). The Psionicist is mainly the version by Arthur Collins in Dragon 78 (I changed the XP progression a lot and set the HD to d4 only). The Spy is a reskinned version of the Assassin. The Witch, right now, is mainly from the version in Dragon 114, but I am playing with ideas from Tim Brannan's The Witch. His class is pretty solidly written for D&D, though, so the AD&D-isms are coming from the Dragon magazine class. He does include an appendix on using the class in AD&D, so if I get around to picking it up in hardcopy before any witches show up in the game, maybe I'll use his version completely. That would change the demographics slightly (see below), but I can live with handwaving that, or changing just the stat requirements to the Dragon magazine version - if I get ambitious, and bored enough, I could always recalculate them.

I'm pretty interested in fantasy demographics and what they can do to flesh out a setting, so I worked out how frequent each of these classes are. My method was somewhat interesting, if I do say so myself, at least if mathematics and basic arithmetic don't scare you. I started by noting Gary Gygax's assumption that only one in a hundred people have the potential for having a class and level (DMG, p. 35). Then I went through each class and figured out what would be the chance of a character, rolling 3d6 in order, to qualify for it. Some of the classes are ridiculously difficult to qualify for under that default system. Even worse, there is a certain chance that a character will not qualify for any class at all (I called these "Hopeless characters" in my results). At the rate of one in a hundred having even a chance, for example, it turns out that only one in 250,000 people can become a Monk (and that is still only one in 2500 characters if you roll without any of the gimmick methods), which is rarer than Paladins (at one in 111,111).

My next step was to set a societal preference scale. That is, I set the priority of classes based on how important the class was to the society on the average. Lower-probability classes were typically set higher than the "usual suspects", and various assumptions were incorporated into the list. My list of preferred classes went like this: Paladin, Illusionist, Monk, Ranger, Outdoorsman, Fighter, Bard, Mountebank, Thief, Spy, Psionicist, Druid, Witch, Cleric, Magic-User. My assumptions were that it is very difficult to become a magic-using class even for those qualified, that people would typically prefer to be in a class that has wider abilities than more limited ones (such as preferring Rangers to Outdoorsmen), and that some orders actively seek out qualified applicants (notably Illusionists and Monks, who represent the more advanced priesthood of the Denialist Church, and Paladins, who represent the warrior-monk elite of the Radiant Church). I assumed that people would prefer to be a member of the various Cleric-like classes than to be a Magic-User, since the former have social and economic benefits that do not accrue to the latter. Finally, I assumed that people in the setting would prefer honest occupations to dishonest ones. Placing the Psionicist and Bard where I did are more intuitive, and I can't tell you why they are at those particular places in the preferences.

For each stage of preference, I figured out the percentage of the population would qualify, multiplied that by the percentage that remained and recorded the result. Then I subtracted that percentage from the total percentage (so that, for example, if 5% could qualify for a class out of a remaining 20% of the population at that stage in the preferences, 0.2 x 0.05 = 0.01 of the total population would be recorded, and that 1% subtracted from the running total of 20%, leaving 19% for the next stage in the preferences). Rounding all of the values to the nearest 0.0001 (0.01%) gave me the following table to roll d10,000 (which I will mainly use to replace the table on p. 35 of the DMG):

The fractions after each class represent how many of that class there are per how many total population. I may come up with a class for characters who don't qualify for any other class, so I have something I can do with the Hopeless Characters.

For reference, here are the stat requirements for each of the fifteen classes:

(Note that the Psionicist breaks the rule about Strength below 6 being limited to Magic-User and Dexterity below 6 to Cleric. This is deliberate.)

Finally, I've returned to working on the Top Secret retroclone game that I had set aside for too many months. No idea what I'm going to call it. I'll probably figure it out when it is closer to being complete. I have decided to incorporate some of the better ideas from Dragon magazine into it, such as rules for car chases and a better Contact (NPC reactions) system.